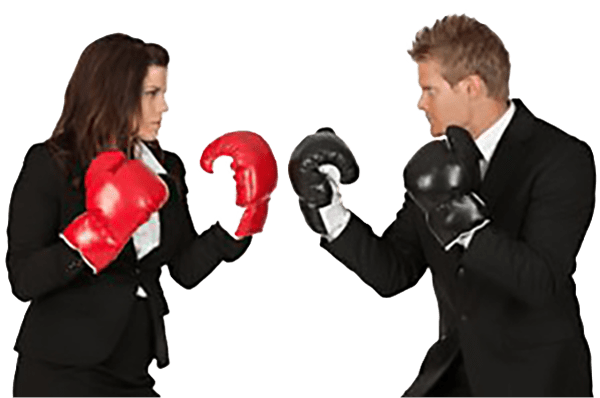 People certainly do battle differently! Some are temperamentally inclined in the heat of an argument to go for the jugular, and attempt to steamroller their “opponent” to their side.

Others talk problems out quietly while many prefer to avoid their problems altogether.Regardless of which style of conflict management a person has developed, recognizing disagreement and engaging in it, even if it is never settled or no compromise is reached, helps couples forthrightly cope with difficult issues.

However, when personal exchanges consistently include damaging forms of negativity, such as criticism, contempt, defensiveness and stone-walling (identified and extensively studied by Dr. John Gottman, the impact on their relationship is ultimately destructive.